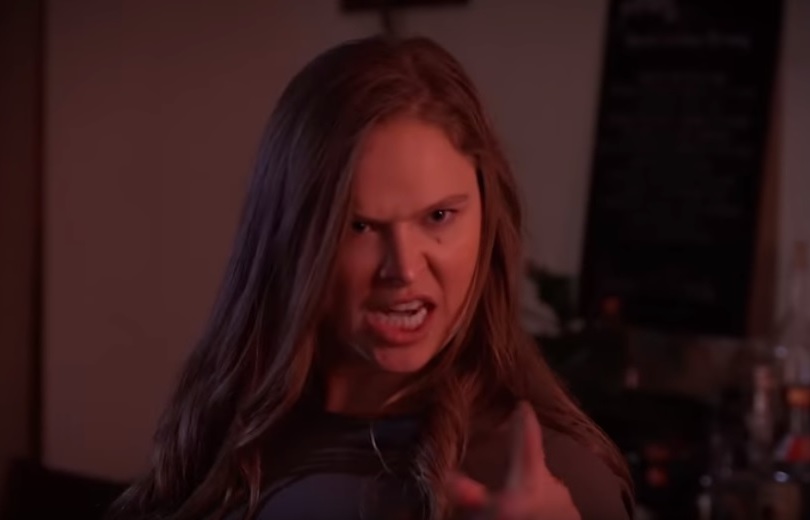 UFC Hall of Famer Ronda Rousey is having a Hell of a time during her break from WWE. Since her last match at Wrestlemania 35 in April, Ronda developed her own YouTube channel, continued working on her self-sustaining farm with husband Travis Browne and is currently guest starring on “9-1-1” on Fox and “Total Divas” on E. She’s also had a lot of fun creating her own cheesy content, including August’s viral mock trailer “Tables” and the recently released short “A Browsey Acres Murder Mystery.”

What started as a single homicide on the premises of Browsey Acres during a swanky dinner has snowballed into a murder spree as Ronda and Travis’ guests start getting killed one by one. But one of the greatest athletes of our generation is on the case and she’s out to discover the identity of the killer…if she even survives the night! No DNB Productions presents “A Browsey Acres Murder Mystery,” a six minute short film that debuted this Halloween on Ronda’s official YouTube channel. Find it at the bottom of this post!

“A Browsey Acres Murder Mystery” stars Ronda Rousey and Travis Browne (obviously) alongside Abe Esparza, Corey MacIntosh (“Unnecessary Force”), Hee Soo Kwon, LaToya Ferguson and Natalya Neidhart – who just made history at Crown Jewel. Congratulations, Queen of Harts! The short film was written and directed by Vince Nigito with co-writers and producers Jason Nawara and Justin Golightly. Kyle Nilges served as director of phogoraphy with Justin and Vince as editors. And at this point, I’m going to have to fight all these talented folks if they don’t make a feature length horror-comedy project for me to watch every Halloween…

Watch “A Browsey Acres Murder Mystery” below to catch Ronda in a wig, Travis in drag, Natalya with a crossbow and shameless product placement. Picture “Clue” on a farm with a bunch of drunk people and there ya go!