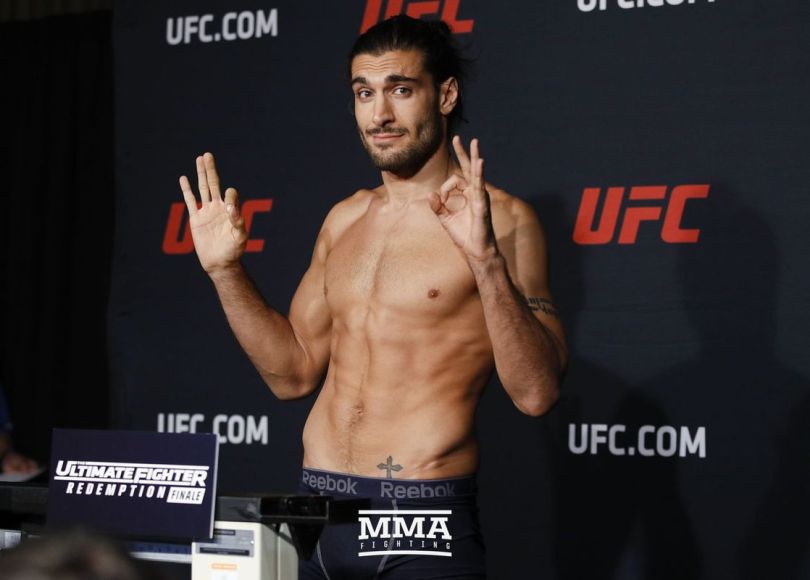 Canadian Brazilian Jiu-Jitsu and Muay Thai fighter Elias Theodorou announced his return to mixed martial arts early this morning, November 5th 2019. In a post shared to his social media, Theodorou confirmed his next fight will take place on December 6th 2019 during Prospect Fighting Championships in Ontario, Canada. The event will mark his first fight since a surprise release from UFC following a decision loss to Derek Brunson last May.

UFC viewers were shocked to learn Elias was released from UFC in May considering his resume within the promotion was pretty solid. In an interview with MMAJunkie, he stated the issue may stem from money and payroll. He said: “I think they just looked at what I was making now being 8-3 in the UFC, the five or seven Canadian fighters they recently added, they probably can pay every single one of their paychecks with my paycheck.”

It’s important to note that none of Theodorou’s losses within UFC were by TKO or submission. They were all decision-based, leading me to believe that producers behind the promotion didn’t think he could pull a draw without a fantastic finish. But, Hell, you can’t deny this guy’s talent because he always makes it to the very end. If that’s not a show, I don’t know what is! Give the crowd some suspense, guys!

Tickets to Prospect Fighting Championships are on sale here.

Glad to see you getting back in the ring, Elias. Keep up the hard work.